The Packers are cutting tight end Jace Sternberger (Twitter link via NFL.com’s Tom Pelissero). Since he is not yet a vested veteran, he’ll be available on the waiver wire for the next 24 hours. If he goes unclaimed, he’ll be free to sign with any team. 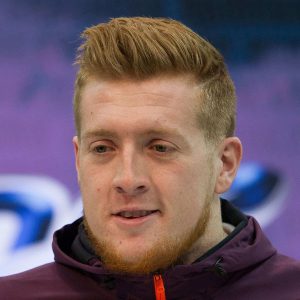 Sternberger had some hype a couple of years ago as a third-round pick. However, he’s yet to show much at the pro level. In six games as a rookie, he failed to record a single catch. He was a bit more involved last year, securing 12 grabs for 114 yards and a touchdown. Still, Sternberger has yet to meet expectations, and his two-game ban to open the year didn’t do him any favors.

The Packers saw little reason to keep Sternberger with Robert Tonyan and Marcedes Lewis as their top tight ends. They also have Dominique Dafney and Josiah Deguara on hand to round out the group.

Sternberger could hold appeal for other GMs who still remember his impressive finale at Texas A&M. Still, given his lack of a pro resume, he may be better suited for a practice squad deal.