Le’Veon Bell will no longer have to deal with the taxi squad. The Ravens have signed the veteran running back to their 53-man roster, reports ESPN’s Field Yates (via Twitter). 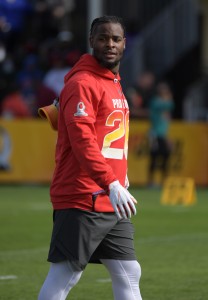 Bell joined Baltimore’s practice squad in early September, and he’s been promoted to the active roster a handful of times. The 29-year-old has gotten into two games this season, collecting 12 touches for 29 yards and one touchdown. He’s seen time on 42 offensive snaps.

Since sitting out the 2018 season due to a contract dispute, Bell has had issues holding a job, much less matching his All-Pro production. He surpassed 1,000 all-purpose yards with the Jets in 2019, but he was limited to only 466 yards in 2020 as he split the season with New York and Kansas City.

With J.K. Dobbins, Gus Edwards and Justice Hill all dealing with seasons-ending injuries, the Ravens brought in Bell for some extra depth. Even though he now has an official spot on the active roster, he’ll still find himself behind the likes of Latavius Murray, Devonta Freeman, and Ty’Son Williams on the depth chart.