The Colts snagged defensive tackle Khalil Davis this week, but they weren’t the only team with interest. The Steelers, Titans, Chargers also submitted claims for the ex-Buccaneer (Twitter link via Field Yates of ESPN.com). 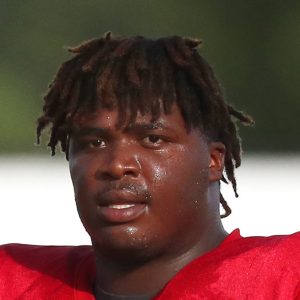 Davis was blocked in Tampa by Vita Vea and Rakeem Nunez-Roches, but he showed plenty of potential in the preseason. To date, he has just two career games to his credit, but the 2020 sixth-round pick has uncommon athleticism for a player of his size.

The 1-3 Colts won out, but Davis could have joined up with his twin brother, Carlos Davis, in Pittsburgh. The 1-3 Steelers (who had lower priority due to their strength of schedule) could have used Khalil while Carlos recovers from a knee injury. Instead, the Steelers pivoted to Eli Ankou, who could quickly go from the taxi squad to the 53-man roster.

Davis and the Colts will face the Ravens on Monday night in search of win No. 2. On the other side of the ball, they’ll be without All-Pro guard Quenton Nelson, who was placed on IR with a high-ankle sprain.