Tre’Davious White‘s early Thanksgiving exit turned out to be brutal news for the Bills. Buffalo’s top cover man suffered a torn ACL and will miss the rest of the season, Ian Rapoport of NFL.com tweets. The Bills announced the MRI result Friday. 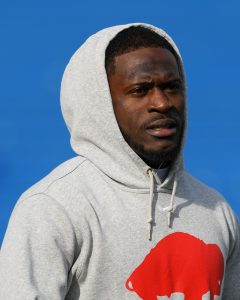 The two-time Pro Bowler had not missed a game this season and has only been absent for three throughout his five-year career. This will certainly sting a Bills defense that has rebounded to return to an elite level.

Signed to a monster extension last year, White is coming off back-to-back Pro Bowl seasons. While Buffalo has been one of the NFL’s best pass defenses throughout the Josh Allen era, White’s first lengthy absence will test the Super Bowl contenders’ capabilities.

The Bills beat the Saints’ low-wattage pass offense to improve to 7-4, but they will go through their two Patriots matchups, a Buccaneers tilt and obviously their playoff docket without their outside coverage ace.

White’s yards-per-completion (9.9) and yards-per-target (5.2) figures rated as career-best marks through 11 games. The 60.8 passer rating the fifth-year corner allowed while in coverage is way down from last season as well.

Buffalo has Levi Wallace and high-end slot corner Taron Johnson anchoring its cornerback corps, and Siran Neal has been with the team since 2018. A seventh-round pick last year, Dane Jackson ranks fourth on the Bills in corner snaps this season — with 86. This setback coming after the trade deadline limits the Bills’ replacement options, though the presence of veteran safeties Micah Hyde and Jordan Poyer will help the Bills pick up the pieces to some degree.