Marcus Maye‘s season is over, and his prospects for a lucrative long-term deal in 2022 absorbed a brutal blow Thursday night. The fifth-year Jets safety suffered a torn Achilles, the team confirmed Friday. 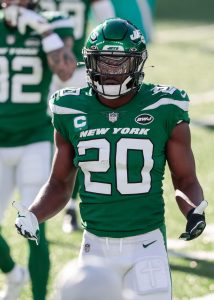 Maye went down during the Jets’ loss to the Colts and faces extensive rehab that would may well derail the kind of contract he was set to seek in free agency. The Jets franchise-tagged Maye this year, but everything pointed to a 2022 free agency exit.

The Jets and Maye could not agree on an extension at the mid-July deadline, which followed contentious negotiations. Maye did not request a trade, but it was widely expected the sides were set to separate come March. This Achilles injury will sideline Maye well into the 2022 offseason and potentially set him up for a prove-it deal — from either the Jets or another team — rather than a high-end safety pact.

The former second-round pick missed time earlier this year because of an ankle injury but returned in late October. He made six starts this season, but the year certainly proved costly. Although trade interest emerged ahead of the deadline, the Jets’ lofty asking price kept Maye in New York. Maye was also arrested for DUI earlier this year and did not inform the Jets of the incident for months. This injury puts a bow on a tough year for the accomplished defender.