Neither Ben McAdoo nor Pat Shurmur received a third season as Giants head coach, but Joe Judge is trending toward returning next season. Despite the Giants tracking toward a fifth straight season with double-digit losses, Jason La Canfora of CBS Sports notes the league word is the team will bring back Judge in 2022. 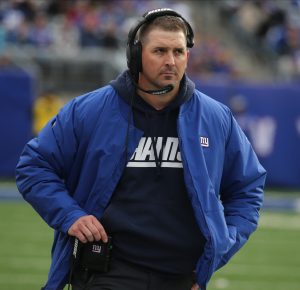 Even if Judge stays, the Giants’ power structure will look different next year. GM Dave Gettleman is unlikely to return, and Judge recently axed offensive coordinator Jason Garrett. Judge was not the driver to hire Garrett, with ownership preferring the ex-Cowboys HC for the Giants’ play-calling role. Should Judge indeed be kept, his seat will certainly be hot entering next season.

A poor Giants finish could change ownership’s plans. Three games against NFC East competition remain for the Giants, though their injury situation may not cooperate in time. Although the Giants spent big this offseason by bringing in Kenny Golladay and Adoree’ Jackson — after pricey signings of James Bradberry and Blake Martinez in 2020 — they have seen key injuries alter their plans.

The Giants are bracing for a lengthy Daniel Jones absence, which could mean the third-year quarterback is done for the year. Mike Glennon suffered a concussion Sunday, and though Judge said Wednesday (via The Athletic’s Dan Duggan, on Twitter) the offseason pickup is expected to return to make another start in Week 14, recent Bills practice squad arm Jake Fromm is close to seeing action. The team has also seen Saquon Barkley miss another sizable chunk of a season and has not had the opportunity to deploy its full receiving corps too often due to various injuries.

Judge, 40 later this month, does not call plays and is 10-18 as Giants HC. New York ranks 26th offensively and has slipped to 24th on defense. The Giants were in a strange position of being close to winning a division at 6-10 last season, but they are not exactly on the playoff radar this year. The Giants gave Judge a five-year contract, which is a year longer than McAdoo’s 2016 deal. However, the team bolted from Shurmur after two seasons of a five-year deal.