Alvin Kamara managed three limited practices for the Saints this week, but the Pro Bowl running back is not set to return for Thursday night’s game against the Cowboys. 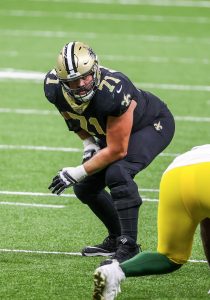 The Saints are planning to rule out Kamara and tackles Terron Armstead and Ryan Ramczyk for another game, Ian Rapoport and Jane Slater of NFL.com note (on Twitter). This will be Kamara’s fourth straight absence.

New Orleans did not put Kamara on IR, keeping him on its active roster in hopes he would not need a three-week absence. The knee injury the fifth-year back suffered in early November, however, has resulted in by far the longest absence of his career. Prior to being held out of the Saints’ Week 10 game, Kamara had only missed four games in four seasons.

Without Kamara, the Saints are 0-3 this season. They have lost four consecutive games. Although Taysom Hill is in line to replace Trevor Siemian as the Saints’ starter, the dual-threat quarterback will be without essential personnel against the Cowboys. Armstead and Ramczyk, who have formed a top-tier tackle tandem since 2017, are also battling knee injuries. Armstead is a free agent at season’s end, while the Saints have locked up Ramczyk and Kamara long-term.

Kamara led the NFL with 21 touchdowns last season, helping the Saints stay in gear despite Michael Thomas missing extensive time. Thomas will not play at all this season, and after Kamara’s 840 scrimmage yards had him on pace to set a new career-high, the latter Saints playmaker will fall well short of that mark this season. Although Drew Brees‘ retirement was going to make an impact regardless, injuries have limited the Saints considerably this season. They rank 18th in scoring offense and are looking likely to finish outside the top 10 in points for the first time since 2010.