The Bears have requested an interview with Dolphins senior personnel executive Reggie McKenzie for their GM vacancy (Twitter link via Albert Breer of The MMQB). This marks McKenzie’s first GM interview since he was fired by the Raiders in December 2018. 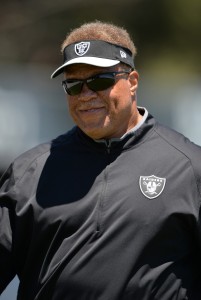 After several years as an NFL linebacker, McKenzie for the Packers’ front office from 1994 through 2012. After that, he was hired as the Raiders’ GM, inheriting a team with an awful cap situation and depleted draft capital. McKenzie was not perfect, but he did manage to turn that club into a playoff team. Then, prior to the 2018 season, new head coach Jon Gruden wrestled away much of his control, shaking up the roster by trading superstar Khalil Mack to the Bears and shedding other veterans.

McKenzie made some of his best moves in the 2014 draft and did hit on some of his bigger free agency deals, leading the Raiders to a 12-4 2016 with a playoff appearance to snap their long-standing drought. McKenzie earned executive of the year acclaim for his role in that 2016 turnaround. He’s spent the last two years in the Dolphins’ front office where the jury is still out on Chris Grier‘s performance.

Here’s the full rundown of the Bears’ search, via PFR’s tracker: