It’s official: the Giants are in need of a new General Manager. The club released an announcement that Dave Gettleman has retired from his position as Senior Vice President and General Manager. 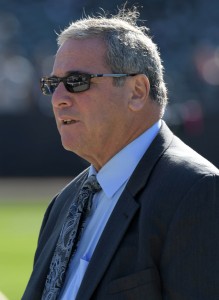 After informing owners John Mara and Steve Tisch of his decision, Gettleman said, ““It was a privilege to serve as the general manager of the New York Giants the last four years and to have spent so many years of my career with this franchise. We obviously have not had the on-the-field success I expected, and that is disappointing. However, I have many fond memories here, including two Super Bowl victories, and I wish the team and organization only the best moving forward. There are many good people here who pour their souls into this organization. I am proud to have worked alongside them.”

In a joint statement, Mara and Tisch said, “We would like to thank Dave for his commitment to this franchise. Dave was integral in building three of our Super Bowl teams, including two championship teams, and we wish Dave, his wife Joanne and their entire family all the best in his retirement.”

It has been widely expected for quite some time that Gettleman was going to step down from his position. As a result, many names have been floated as potential replacements. Perhaps the name at the top of that list is current Assistant GM Kevin Abrams – someone who has been labelled a “strong contender” for the job. On the other hand, many believe that the club will stray from its tendency to promote from within, and that the successful candidate may not have ties with Head Coach Joe Judge.

Regarding the search for a new GM, Mara went on to say that, “We are looking for a person who demonstrates exceptional leadership and communication abilities, somebody who will oversee all aspects of our football operations, including player personnel, college scouting and coaching”.

The Giants have become the third team with a GM vacancy, joining the Vikings and Bears after they fired Rick Spielman and Ryan Pace, respectively, on Monday. News from the morning, however, suggests that Judge will be staying on – something that had been expected throughout the Giants’ 4-13 season.