The Texans are really keen on Josh McCown, despite his lack of coaching experience. With hopes of legitimizing the potential hire, the Texans are hoping that other clubs bring the longtime NFL quarterback in for head coaching interviews, according to a source who spoke with Mike Florio of PFT. 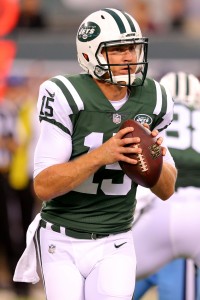 McCown has reportedly been on GM Nick Caserio‘s radar for a while, even before/during/after the hiring of David Culley. Of course, Culley lasted just one year in Houston, as his own lack of HC experience seemed to hinder him. Even though McCown is highly respected in the football world, going with another green hire will surely raise some eyebrows. Caserio & Co. may be able to dodge some fan backlash, however, if McCown is considered for vacancies elsewhere.

In addition to McCown, the Texans are also weighing:

McCown, who has been with a dozen pro teams as a player, has never coached at the professional or collegiate level.