While DeMeco Ryans is surely focused on his showdown with the Packers tonight, the 49ers defensive coordinator has garnered another interview. According to ESPN’s Adam Schefter (via Twitter), the Raiders are expected to interview Ryans for their head coaching vacancy. 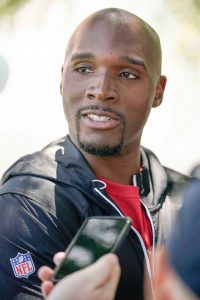 The former NFL linebacker has been on the 49ers coaching staff since 2017, and he was promoted to defensive coordinator last offseason after Robert Saleh left for New York. During his first season in the role, the 49ers defense ranked third in yards allowed and ninth in points allowed.

We previously learned that Ryans was on the long list of candidates for the Vikings HC job. Indeed, Schefter notes that the defensive coordinator is set to meet with Minnesota on Sunday.

This is the fourth name connected to the job in Las Vegas, with Ryans joining a group that includes: