The 49ers’ Mike McGlinchey replacement last season, Tom Compton will head elsewhere after his run as a starter. The Broncos are planning to sign the veteran offensive lineman, Ryan O’Halloran of the Denver Post tweets. 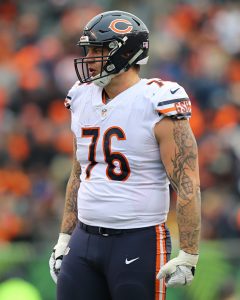 It’s expected to be a one-year deal for Compton, who is going into his 10th NFL season. The Broncos will be Compton’s seventh team. He spent the past two seasons with the 49ers, starting 10 games. Minnesota, however, resided among the stops during Compton’s career. Broncos GM George Paton was with the Vikings at that point; Compton started 14 games for the Vikes in 2018.

McGlinchey suffering a torn quad in November brought Compton into the lineup at right tackle. He started San Francisco’s final seven regular-season games and each of the wild-card squad’s playoff tilts. Pro Football Focus reviewed his work well, giving him one of the top grades for right tackles last season. While Compton would be an atypical fix for a team needing a right tackle as badly as the Broncos do, he has started 44 games as a pro.

The Broncos’ issues staffing their right tackle spot predate their QB struggles. They have used a different Week 1 right tackle in each season since 2013. Their 2021 option, Bobby Massie, is not expected to return.