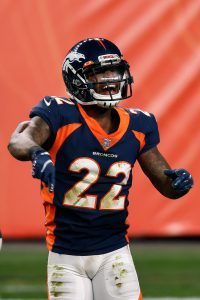 Earlier this month it became known that there was mutual interest between Gordon and the team for a new deal to reached. The 28-year-old has spent the past two seasons in Denver, after five with the Chargers. The one-time Pro Bowler seemed to be on the way out given the emergence of 2021 second rounder Javonte Williams, but Gordon remained productive working in a time-share last season. He recorded 1,131 scrimmage yards and 10 total touchdowns, which is almost identical to his numbers from 2020.

Gordon’s dialogue with the Broncos has made it clear that he understands re-signing with Denver would not involve an every-down role as the undisputed starter. As Denver7’s Troy Renck reports (on Twitter), he is “open to returning and sharing” the workload with Williams, who had a highly efficient rookie campaign. With that said, Renck adds that the Broncos are one of “multiple teams interested” in adding Gordon.

As for Jackson, there has been a similar desire shared between player and club to strike a new deal. The corner-turned-safety will be 34 by the start of the season. The former Texan has already shown a willingness to accommodate a re-worked deal with Denver, as he signed a one-year contract last offseason following his release from a more lucrative pact. The former first rounder has started all 44 of his games as a Bronco, recording 177 tackles and four interceptions.

When asked about negotiations with both players, Paton said, “we’ve spoken to both their agents. It’s ongoing. We’d love to bring everyone back, but we just can’t do it. We’re still talking with those two — really good players”. The Broncos currently have just over $16MM in cap space remaining, so finding the room for at least one should be relatively straightforward. Both of them suiting up for Denver again in 2022 is still a distinct possibility, though.