Following a career year in Jacksonville, Damien Wilson is heading elsewhere. The free agent linebacker is signing with the Panthers, reports NFL Network’s Mike Garafolo (via Twitter). Wilson is signing a two-year deal. 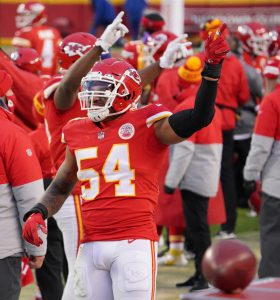 Wilson spent his first four seasons as a backup in Dallas, but he got a starting gig with the Chiefs in 2019. He ended up starting all 29 of his games through two seasons with the organization, and he added another six playoff starts (including three during the Chiefs’ run to a Super Bowl championship).

He caught on with the Jaguars last offseason, and he ended up having a career year for his new team. He started 17 games for Jacksonville, collecting a career-high 106 tackles to go along with three sacks, one forced fumble, and one interception.

The Panthers are adding a new player to the linebackers room, but the team has also focused on retaining their depth at the position. The organization previously re-signed Julian Stanford and Marquis Haynes.