Justin Coleman is back in Seattle. NFL Network’s Tom Pelissero reports (via Twitter) that the Seahawks have agreed to terms with the free agent cornerback. Coleman is signing a one-year deal. 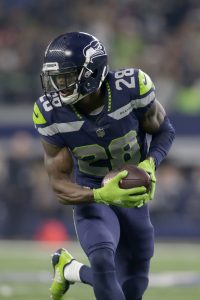 Coleman had two previous stints with the Seahawks. He spent time on their practice squad as a rookie, and he returned to the organization via trade in 2017. Coleman ended up spending two seasons with the organization, seeing time in all 32 games (10 starts). Coleman had three interceptions and two sacks during his two years in Seattle.

Since leaving Seattle, Coleman has had stints with the Lions and Dolphins. He made his NFL debut with the Patriots, and he earned a Super Bowl ring during the 2016 season.

The 28-year-old signed a one-year deal with Miami last offseason. He got into 16 games (four starts) for the Dolphins, collecting 27 tackles, three passes defended, and two interceptions while appearing in 35 percent of his team’s defensive snaps.