Linked to a few free agent safeties this offseason, the Steelers will bring back a familiar face. They are re-signing Terrell Edmunds, according to NFL.com’s Ian Rapoport (on Twitter). 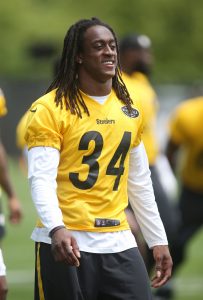 Edmunds agreed to a one-year deal to stay in Pittsburgh on Friday; this will be the former first-round pick’s fifth Steelers season. The agreement comes a year after the Steelers declined Edmunds’ fifth-year option. Edmunds signed for $2.5MM, passing on two other offers to stay with the Steelers, Rapoport adds (on Twitter). Those offers may have come from the Bengals and Dolphins, with ESPN.com’s Jeremy Fowler tweeting both teams were in the mix for the veteran safety.

The Steelers recently re-signed former first-rounder Karl Joseph as well, but Edmunds figures to have a much better chance of starting alongside Minkah Fitzpatrick next season. He has been a starter throughout his NFL tenure, lining up as a Steelers first-stringer in 60 games. The former No. 28 overall pick started all 18 Steelers games in 2021, intercepting two passes and making a career-high eight tackles for loss.

Edmunds’ return may well close the book on a Steelers deal with Tyrann Mathieu. The team was believed to be interested at the right price, but other teams — like the Eagles and Saints — have been more prominent Mathieu suitors. The Steelers are eyeing a Fitzpatrick extension, one that could top the safety market, this year. Saving money at the other safety spot makes sense for a team that recently gave T.J. Watt a defender-record contract.