Steelers linebacker Devin Bush is heading into the final year of his contract, and it sounds like the 2022 campaign could be his final season in Pittsburgh. Mark Kaboly of The Athletic writes that the 2022 campaign “is likely Bush’s last year with the Steelers.” 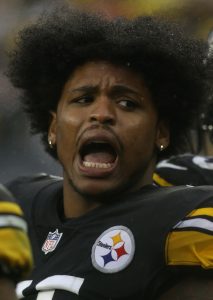 The writing was on the wall when the Steelers refused to pick up the former first-round pick’s fifth-year option. After tearing his ACL during the 2020 season, Bush struggled following his return to the field in 2021. While the linebacker managed to start each of his 14 games, he finished with only 70 tackles…a far cry from the 109 he compiled in 16 games as a rookie. Meanwhile, Pro Football Focus ranked Bush 82nd among 87 qualifying linebackers, with the site being particularly harsh when it came to his rush defense.

Of course, this wasn’t the intended outcome. The Steelers traded up during the 2019 draft to select Bush with the 10th overall pick, and the expectation was that the Michigan product would be a mainstay on Pittsburgh’s defense for the foreseeable future. His rookie campaign saw him earn All-Rookie honors, but the 2020 ACL tear has derailed his career. A report from last December indicated that while Bush was well liked within the locker room, the organization had grown frustrated with his lack of development.

“I think Devin Bush will be a better player in 2022,” Colbert said earlier this offseason.

If the Steelers had picked up Bush’s fifth-year option, the organization would have been on the hook for $10.5MM. Following a dreadful 2021 campaign, it’s not a surprise that the Steelers didn’t want to commit that kind of future money to the linebacker, and barring a remarkable turnaround in 2022, it’s unlikely Bush will command that kind of money once he hits unrestricted free agency next offseason.