Free agent Joe Schobert may be on his way to the NFC for the first time in his career. The veteran linebacker is visiting the Saints, per Nick Underhill of NewOrleans.football (Twitter link). 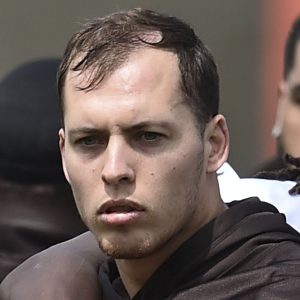 Schobert, 28, was a fourth round pick of the Browns in 2016. He played sparingly on defense as a rookie, but took on a starter’s workload the following season. That year, he took a major step forward, leading the league in tackles with 144. He added three sacks, three forced fumbles and an interception, en route to being named a Pro Bowler.

The Wisconsin alum remained a full-time starter and key contributor for the Browns until he hit free agency in 2020. On the open market, he landed a five-year, $53.75MM contract with the Jaguars. Despite playing a full season and leading Jacksonville in tackles, Schobert found himself on the move once again just one season into that new deal.

Traded to the Steelers as the Jaguars looked to clean house amongst many of their veterans, Schobert spent last season in Pittsburgh. He continued to fill the stat sheet with 112 tackles, an interception and six pass deflections, but was nevertheless a significant member of the league’s worst run defense. At the end of the year, he was cut in a cost-saving move, as the team turned to Myles Jack as a replacement.

In New Orleans, Schobert could provide experienced depth at a minimum to the team’s linebacking corps. The Saints appear set to lose Kwon Alexander, who has been linked to the Jets multiple times this offseason. On, presumably, a much smaller free agent deal than the last one he signed, Schobert could be another effective veteran on the team’s re-vamped defense.