Although the Raiders did not carve out significant cap space for their interior defensive line this offseason, the team’s new regime has been busy stocking this position group. Las Vegas might not be stopping yet here, either. 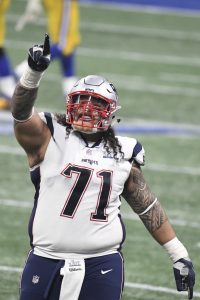 Danny Shelton auditioned for the Raiders on Monday, Field Yates of ESPN.com tweets. Shelton, who worked out for the Panthers late last month, is a seven-year veteran who — like a few new Raiders this year — has a history with the Patriots.

A first-round Browns pick in 2015, Shelton landed with the Pats in 2018 via trade. The nose tackle worked as a key backup during New England’s 2018 Super Bowl-winning season and was a starter for the team’s top-ranked defense in 2019. He spent the past two years in Patriots-friendly systems, landing with former Pats defensive coordinator Matt Patricia with the 2020 Lions and then moving to Joe Judge‘s 2021 Giants outfit. A Raiders deal would continue a trend.

With the exception of Nichols, who signed a two-year deal worth $11MM, the Raiders gave league-minimum or just north of that amount to the other D-tackles they brought in this year. Shelton, 29 later this month, signed a two-year, $8MM deal with the Lions, but his Giants pact last year was worth just $1.13MM.