The Ravens are in line to have their top left tackle available to start the season. The team announced on Friday that they have activated Ronnie Stanley from the PUP list. 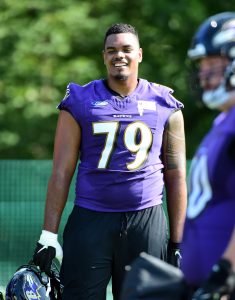 The news is encouraging for Stanley, who has played just one game since October 2020. The 28-year-old underwent a third ankle surgery not long after his 2021 Week 1 appearance, the only one of the campaign. Recovery from the lingering issues associated with the initial injury he suffered has been slow-moving and met with a great deal of uncertainty.

Nevertheless, the Notre Dame alum was expected to be back in time for Week 1 of the regular season as far back as this spring’s draft. A return to full health would be a massive boost to the Ravens’ offense, given the All-Pro’s abilities in pass protection in particular. Stanley ranks fourth amongst left tackles at an average of $19.75MM per year, so being able to play up to that figure would also be significant for the team from a financial standpoint.

The news isn’t all positive on the injury front, however. The Ravens also announced that outside linebacker Tyus Bowser has been placed on the reserve/PUP list, meaning that he will miss at least the first four weeks of the season. The team’s top pass rusher suffered a torn Achilles in the regular season finale, putting his fall availability in doubt. The 27-year-old posted a career-high seven sacks last year, and was projected to start alongside 2021 first-rounder Odafe Oweh.

Bowser’s absence, along with that of second-round rookie David Ojabo, who suffered the same injury during his Pro Day, leaves the Ravens thin in the edge department. Oweh and veteran Justin Houston are now likely to start, but an addition – something which has long been speculated regardless of Bowser’s status – would come as little surprise at this point.