Joe Schobert will receive another chance. More than a month after a brief Broncos tenure, the Titans signed the former Pro Bowl linebacker to their practice squad. Tennessee also added Le’Raven Clark off Philadelphia’s P-squad. This will give the former Colts third-rounder another shot to stick on an active roster. 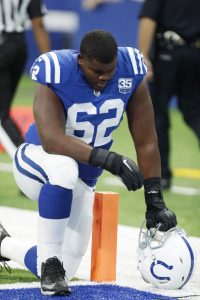 Schobert, who went off the 2016 draft board a round after Clark, is joining a fourth NFL team. The addition comes after the Titans saw starter Zach Cunningham, who was on the team’s injury report with a knee injury going into Week 3, leave Sunday’s contest with an elbow malady.

An ex-Browns regular who bounced to the Jaguars and Steelers during the 2020s, Schobert worked out for the Giants and Seahawks last week. But it will be the Titans who provide an opportunity. Although Schobert spent the first part of the season unsigned, he has been a starter throughout his career. After the Jaguars traded him to the Steelers in September 2021, he started 15 games for his new team. The Steelers, however, released Schobert in March.

Schobert, 28, logged workouts with the Broncos and Saints this summer, but after signing with the former, was back on the street eight days later. Still, the six-year veteran has been productive when on the field. Schobert led the NFL with 144 tackles in 2017, his Pro Bowl slate, and posted 141 stops for the Jaguars in his first season. The Jags gave Schobert a five-year, $53.75MM deal during their Dave Caldwell–Doug Marrone regime’s final offseason. Midway through their short Urban Meyer period, the Jags sent Schobert to Pittsburgh.

The Clark addition comes days after the Titans placed Taylor Lewan on IR. The Pro Bowl left tackle is expected to miss the rest of the season. Tennessee used late-summer trade acquisition Dennis Daley as its left tackle against Las Vegas. Clark has played both tackle and guard as a pro, making 16 starts in six seasons.