The Bills picked up Tavon Austin midway through the offseason, but the former top-10 pick has not seen any game action. As a result, the sides are parting ways. 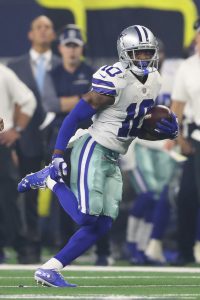 Austin is no longer on Buffalo’s practice squad, according to WGR 550’s Sal Capaccio (on Twitter). This is a mutual parting, per Capaccio, aimed at Austin finding a better opportunity elsewhere. A team could have plucked the former Rams investment off the Bills’ P-squad, but Austin would not have been free to choose another destination this way.

This Austin news comes after the Bills have sustained injuries at the receiver position. Jamison Crowder suffered a fractured ankle, Ian Rapoport of NFL.com tweets, and Isaiah McKenzie went down with a concussion during Buffalo’s Week 4 game in Baltimore. It does not sound like the Bills were planning to make Austin part of their solution, despite the veteran’s past as a slot/gadget player. Behind the Stefon Diggs–Gabriel Davis duo, the Bills roster rookie Khalil Shakir and Jake Kumerow. Should McKenzie be unable to go against the Steelers, the Bills will need to make at least one addition to their receiving corps.

Austin, 32, never ended up justifying the investment the Rams made in him, though the diminutive playmaker had moments during his time in St. Louis and Los Angeles. The Jaguars ended up using Austin as a rotational receiver during points last season. He caught 24 passes for 213 yards and a touchdown for the 3-14 team. The West Virginia product played a bit part as a Cowboys receiver in each of the previous two years.

The Bills are expected to replace Austin on their 16-man P-squad with Jaquarii Roberson, Garafolo adds (on Twitter). The Steelers cut Roberson, a Wake Forest product, from their taxi squad on Tuesday.