DECEMBER 5: Ryan is back on the Bucs’ active roster. The team moved the veteran defender back onto its 53-man roster Monday, representing its third injury activation this season. Five remain for Tampa Bay. Ryan has been out since going down in Week 4 with the foot ailment.

NOVEMBER 30: It sounds like the Buccaneers will soon be getting some reinforcement on defense. According to NFL Network’s Ian Rapoport (on Twitter), Tampa Bay has designated defensive back Logan Ryan to return from injured reserve. The Buccaneers will now have three weeks to activate the veteran to the active roster. 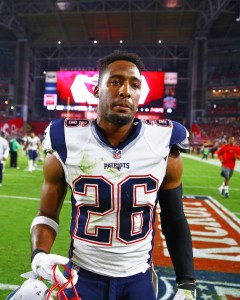 Ryan suffered a foot injury back in October that ultimately required surgery. Prior to that, the Buccaneers were leaning on Ryan in their secondary. In his four games (two starts), the veteran appeared in more than half of Tampa Bay’s defensive snaps, with Ryan collecting nine tackles, one forced fumble, and one interception.

At the beginning of the year, Ryan generally took the field alongside safeties Mike Edwards and Antoine Winfield whenever the latter was moved to the slot in sub packages. However, whenever Ryan returns, he could end up seeing a different role. Winfield is dealing with an ankle injury that forced him out of Sunday’s loss, while cornerbacks Jamel Dean and Sean Murphy-Bunting are dealing with their own injuries.

Ryan’s versatility could end up coming in handy as the Buccaneers approach the final stretch of the season. The veteran made a name for himself as a cornerback in New England, and following four seasons and two championships with the Patriots, Ryan landed a lucrative contract from the Titans in 2017. He ended up playing out his deal in Tennessee, and when he joined the Giants in 2020, he decided to switch to safety. It’s been a bit since the 31-year-old played cornerback, but considering his more than 100 games of experience at the position, he could surely fill in if needed.