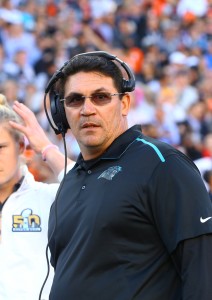 Brady Hoke will make a transition to an NFL sideline for the first time, doing so after more than 30 years coaching in college. 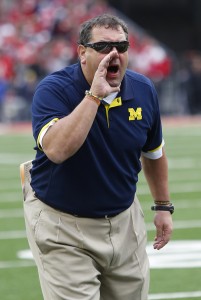 The former Michigan head coach will become the Panthers’ defensive line coach, Alex Marvez of the Sporting News reports (on Twitter). Hoke’s most recent job came as Tennessee’s interim HC, while his most notable position was as Jim Harbaugh‘s predecessor with the Wolverines from 2011-14.

Hoke, 59, went 31-20 with Michigan, doing so after serving as head coach at Ball State and San Diego State in prior years. He began last season as the Volunteers’ defensive line coach and spent the 2016 campaign as Oregon’s DC. He will be the latest notable name added to Carolina’s staff, joining Norv Turner in that regard.

After Steve Wilks‘ departure to Arizona, the Panthers had a few vacancies on their defensive staff. One was defensive line coach after Eric Washington was promoted to defensive coordinator.