3:49pm: The Steelers have officially signed Blount, according to a press release.

2:25pm: The Steelers have reached an agreement on a two-year contract with LeGarrette Blount, league sources tell Aaron Wilson of the Baltimore Sun (via Twitter). According to Wilson (via Twitter), the Ravens maintained interest in Blount up until the end. The Patriots were also be interested in bringing back the free agent running back, though not at the price as the Steelers were willing to offer, tweets Wilson. 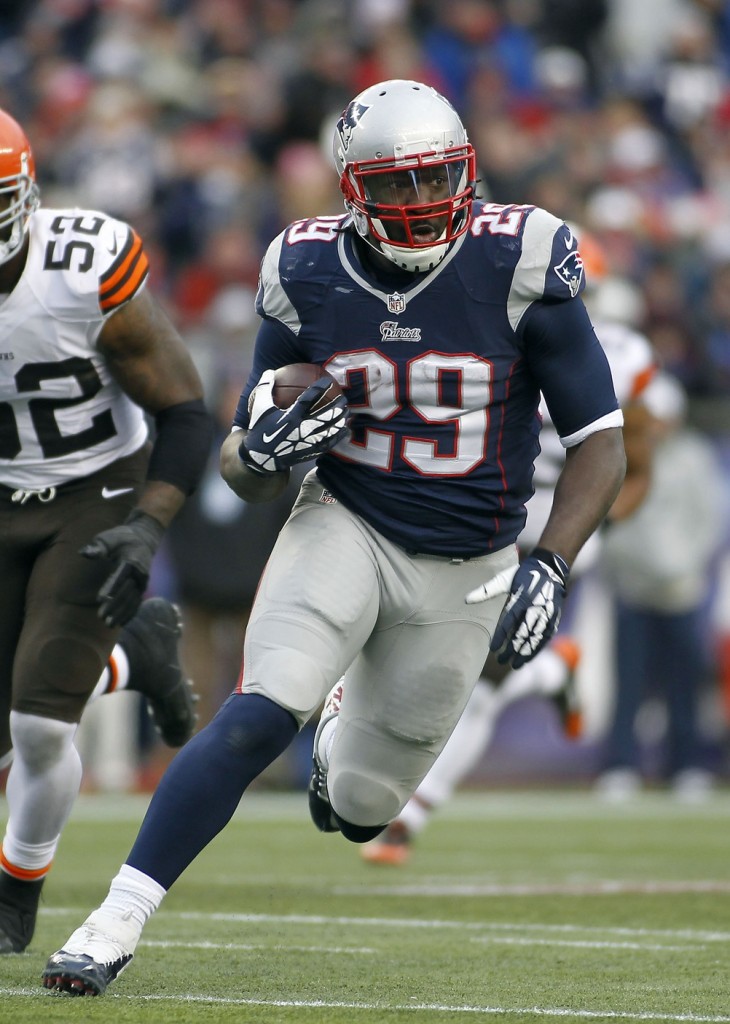 Blount, 27, emerged as the Patriots’ primary ball-carrier last season, racking up 772 yards and seven touchdowns while averaging 5.0 yards per carry during the regular season. He also ran for 166 yards and four touchdowns in the second round of the postseason against the Colts, but was bottled up for just six yards on five carries in Denver.

By signing with the Steelers, Blount will give the team a complementary runner in a backfield that already includes youngster Le’Veon Bell. I’d imagine Bell will receive more carries than Blount, but the veteran could handle short-yardage and goal-line duties in addition to spelling the 2013 second-rounder.

It’ll be interesting to see what sort of salary Blount receives from the Steelers, considering the team was nearly capped out. Barring some creative bookkeeping on Blount’s deal, the Steelers may have to restructure or release another player’s contract to create the space necessary to finalize the signing.

With Blount off the board and Knowshon Moreno and Maurice Jones-Drew also finding new homes this week, the running back market is starting to look pretty thin. Teams still in need of a rusher can peruse a group that includes Andre Brown, Willis McGahee, and Justin Forsett, among others.