7:28pm: The Titans have officially announced the hiring of Robinson as their new general manager.

“As we visited with Jon and researched his career, his proven track record for scouting talent, leadership skills, and ability to build relationships make him an ideal candidate to lead our football operation,” controlling owner Amy Adams Strunk said in a statement. “Jon is a proud Tennessean who is excited to be coming home, and we look forward to the future of our football team under his leadership.”

8:51am: The Titans are set to hire Jon Robinson as their GM, as Terry McCormick of Cover32 reports. Jason La Canfora of CBSSports.com (on Twitter) first ID’d Robinson as the frontrunner for the job. An announcement finalizing his appointment could come as soon as today, per La Canfora. 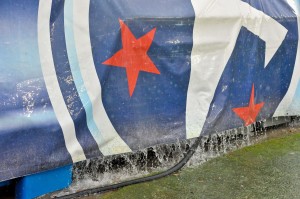 Robinson spent the bulk of his career with the Patriots, where he worked with Buccaneers GM Jason Licht. It was Licht who later brought Robinson to Tampa. Robinson, a Union City, Tenn., native, was mentioned as a potential candidate for the job shortly after Ruston Webster was let go. This time last year, Robinson was a candidate for the Jets’ GM vacancy, a job that ultimately went to former Texans scouting director Mike Maccagnan.

If the Titans do go ahead and hire Robinson, the ex-Bucs exec may tap Josh McDaniels as his head coach, Shalise Manza Young of Yahoo Sports (on Twitter) hears. The Patriots offensive coordinator, who has been connected to multiple openings this offseason, reportedly has interest in the Titans job. McDaniels, 39, has been the the Patriots’ OC since 2012 and one has to imagine that he would be anxious to have Marcus Mariota as his quarterback. Meanwhile, McCormick (on Twitter) believes that all signs still point to Mike Mularkey being retained as head coach.

Webster joined the Titans in 2010 as VP of player personnel and was elevated to the GM job two seasons later. The team’s 18-46 record during his tenure is tied for the second worst in the NFL.