The Jets are hosting tight end Jermaine Gresham and linebacker Shea McClellin on visits, according to multiple reports. Brad Biggs of the Chicago Tribune reports (via Twitter) that McClellin is visiting Gang Green today, while ESPN’s Adam Schefter tweets that Gresham also met with the team. 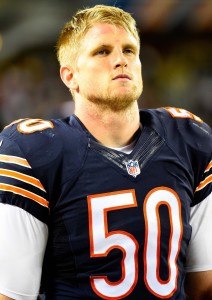 Gresham, 27, signed with the Cardinals last season after spending five seasons with the Bengals. His role was reduced in Arizona, and he caught a career-low 18 balls for 223 yards and a touchdown. During his time in Cincinnati, Gresham earned two Pro Bowl nods, averaging 56 receptions per season.

The Jets, meanwhile, got little to no production from their tight ends in 2015. Gresham’s 18 receptions would have easily ranked first for New York, as the team’s TEs combined to catch just eight balls last season.

As for McClellin, the 26-year-old was the Bears’ first-round pick in 2012, and according to Biggs, Chicago would still like to re-sign him. However, the Jets figure to take a hard look at McClellin, since they have a need at inside linebacker, with both Demario Davis and Erin Henderson now on the free agent market.