6:39pm: Buffalo has indeed made an offer to Bush, per Rapoport (link via Kevin Patra of NFL.com). 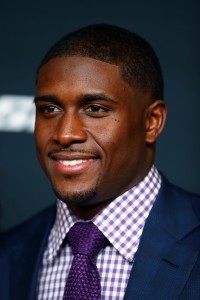 While Bush has been eagerly awaiting his next NFL opportunity, Rapoport hears that he is weighing his options and is in no rush to sign.

As it stands, the Bills still have starter LeSean McCoy, 2015 breakout Mike Gillislee, and Dan Herron in the fold for the first month of the season. They may be without the services of rookie running back Jonathan Williams, however, after he was arrested for DUI on Thursday morning. McCoy appeared to be facing a suspension of his own, but last week the NFL decided against punishing Shady for his role in a February nightclub brawl.

Bush announced in February that he was intent on playing in 2016, though it was unclear at the time whether that feeling was being reciprocated back from any of the league’s 32 teams. Recently, the veteran indicated that there was at least a pair of clubs that would be interested in having him aboard. Thanks to the Bills’ unfortunate series of events in recent weeks, it seems that Buffalo is his most fervent suitor.

The Lions cut Bush prior to the 2015 season to save money after he missed much of the previous campaign with ankle injuries. Bush went on to sign with the 49ers, but he played just five games before tearing his left ACL on the concrete at the Edwards Jones Dome in St. Louis. Bush later sued the St. Louis Regional Convention and Stadium Authority over his injury, which capped his season’s statline at a grand total of 28 yards. Now, Bush says he has recovered from his ACL tear and is ready for action.