After a revitalizing season that earned him a two-year commitment from the Ravens, Ben Watson now faces an uncertain future. The 35-year-old tight end tore his Achilles’ tendon on Saturday night, and the Ravens announced (on Twitter) he will be out for the remainder of the sea 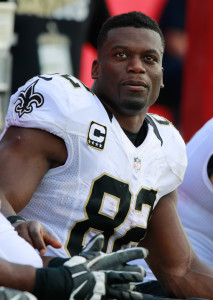 Watson suffered the injury on the first play of the Ravens’ preseason game against the Lions, doing so in a game that featured Terrell Suggs and Joe Flacco make their 2016 debuts for Baltimore.

Watson signed a two-year, $7MM deal with the Ravens in March, with $3MM in full guarantees. He’s set to earn $4MM this season. Watson will turn 36 in December and will now be facing the prospect of potentially making a comeback for a 14th season in 2017 on the heels of one of toughest injuries from which to recover.

Baltimore still has 2015 second-rounder Maxx Williams, along with 2014 third-rounder Crockett Gillmore. Dennis Pitta remains the Ravens’ highest-paid tight end, but while he was finally cleared to return after the career-threatening hip injury, the 31-year-old is out due to a broken finger sustained in a training camp fight. Pitta
played just seven games in the past three seasons.

So, the Ravens might have the depth to withstand this. But their 2016 passing game — which will attempt to pick up the pieces after the team lost most of its starting skill-position talent in 2015 — will absorb a hit as a result of Watson’s absence.