The Cardinals have agreed to sign linebacker Joplo Bartu, according to a source who spoke with Aaron Wilson of The Houston Chronicle (on Twitter). It’s not immediately clear if it’s a 53-man deal or a practice squad contract, though Bartu already has plenty of in-game experience and it would stand to reason that he will be joining the varsity team. 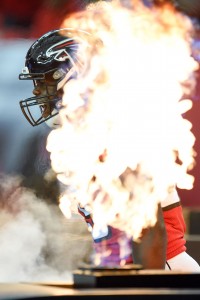 Bartu, who turns 26 on Oct. 3, auditioned for the Cardinals on Tuesday along with fellow linebackers Nate Irving and James-Michael Johnson. Last year, Bartu split his time between the Falcons and the Jaguars. This offseason, Bartu was let go by Jacksonville before the 75-man deadline.

The bulk of Bartu’s NFL experience came with the Falcons in 2013 and 2014 where he appeared in every regular season game and amassed 167 tackles, 4.5 sacks, and two fumble recoveries. Last year, he totaled just eleven tackles. He’s ostensibly hoping to get the kind of burn that he had in the early part of his career.