In need of help at running back, the Chargers will sign free agent Dexter McCluster, as Adam Schefter of ESPN.com tweets. San Diego has been evaluating its options after losing Danny Woodhead for the season. 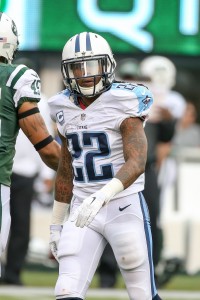 McCluster was let go by the Titans on Sept. 2 as they trimmed down to a 53-man roster. He was one of several surprising cuts in Tennessee as the new regime cleaned house by cutting a number of high-profile names. McCluster averaged 4.5 yards per carry last season in Tennessee and averaged 8.4 yards per reception, but the Titans saw a better use for his roster spot.

The Chargers, meanwhile, need a pass-catching threat to partner up with sophomore Melvin Gordon and they see McCluster as a viable fill-in. . The 28-year-old logged 31 receptions last season and has finished with no fewer than 21 catches in any of his six NFL campaigns. As a special teamer, McCluster took back 24 punts in 2015 and finished 13th in the league in yards per return (9.0), so he can also offer help in the third facet of the game, if needed.