Well, that was fast. The Panthers have released safety Stevie Brown just days after signing him, as Adam Schefter of ESPN.com tweets. 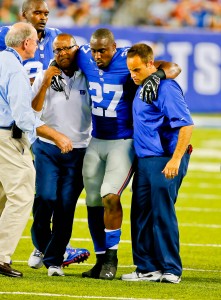 A former member of the Giants, Brown was brought in to provide additional depth at safety, though he went without an NFL gig in 2015. Brown, a seventh-round pick of the Raiders in 2010, posted a career year in 2012 as a member of the Giants as he hauled in an eye-popping eight interceptions. However, he failed to register a pick in each of his other three seasons – one apiece with the Giants, Raiders and Colts. Brown signed with the Chiefs in early April but he became an early roster casualty when he was dropped recently. Now, he’s been dropped by the Panthers before could even take his coat off.