The Rams have claimed Marqui Christian off waivers from the Cardinals, according to a source who spoke with Aaron Wilson of The Houston Chronicle (Twitter link). Christian was waived by Arizona on Tuesday. 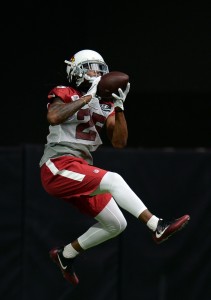 Christian, a safety out of Midwestern State, was a fifth-round pick in this year’s draft. The youngster impressed coaches with his aggressive play this offseason, but he ultimately found himself bumped from a roster that had plenty of depth in the secondary. The Cardinals were reportedly hoping to re-sign Christian to their practice squad before Los Angeles swooped in.

The Rams will now have Christian in reserve behind starters Mo Alexander and T.J. McDonald. Cody Davis and Isaiah Johnson are also on the depth chart at safety.