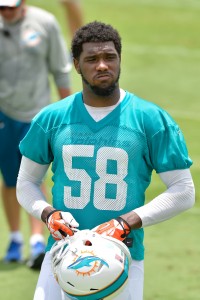 McCain, 24, is entering his third season in the NFL, but hasn’t contributed much during his first two years in the league. He’s appeared in 19 games, but he’s been more of a special teams player than a defensive stalwart. McCain picked up a sack and a forced fumble in 2015, but only played on 113 total snaps (43 on defense), and wasn’t ticketed for a larger role this year.

The Dolphins will not acquire a conditional draft pick from Miami given that McCain did not make the roster.