The Giants have extremely thin at safety thanks to a multitude of injuries — so much so that they’ve been using offensive players in the secondary during practice — but the club won’t make a free agent addition until Tuesday at the earliest, according to Ralph Vacchiano of SNY. 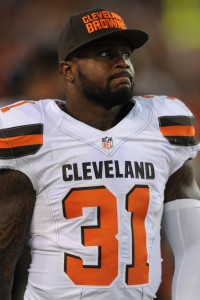 With Nat Berhe and Darian Thompson already listed as out for Monday night’s contest against the Vikings, the Giants will roll with undrafted rookie Andrew Adams opposite Landon Collins in the defensive backfield. Veteran Leon Hall, a cornerback by nature, could also help out at safety, while wide receiver Dwayne Harris could also be called on to play in the back end if the situation becomes dire, per Vacchiano.

New York wants to see how Adams plays on Monday night, as well as give their injured safeties a chance to heal before adding an outside option, a source told Vacchiano. But with Thompson already looking doubtful for Week 5, it seems likely that the Giants will need to sign a free agent. Over the past week, they’ve worked out Donte Whitner (link), Shamiel Gary (link), Will Allen (link), and Jeron Johnson (link).