The Saints worked out defensive end Bjoern Werner, according to Field Yates of ESPN.com (on Twitter). It’s not immediately clear if the team is thinking about signing the former first-round pick right now or if he is simply being kept in mind for injuries down the road. 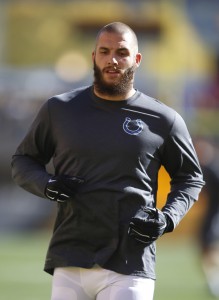 Werner, 26, appeared in 38 games for the Colts from 2013-2015, including 16 starts. In that time, the Florida State alum registered 77 tackles (61 solo), 6.5 sacks, five passes defensed, one forced fumble, and two fumble recoveries. However, the majority of Werner’s production came in his first two years in the league — in 2015, he appeared in 10 games and picked up just 11 total tackles and one fumble recovery.

Following the 2015 season, Werner was cut by Indianapolis. This past spring, he hooked on with the Jaguars, but he was released in late August. Last month, he auditioned for the Lions, but that workout did not lead to a deal.