The Bills announced that they have placed safety Aaron Williams on injured reserve. The move will make room for the addition of Percy Harvin, who came out of retirement to sign with Buffalo earlier today. 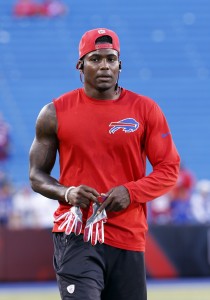 [RELATED: Percy Harvin Comes Out Of Retirement, Signs With Bills]

Williams was on the receiving end of a vicious tackle Dolphins wide receiver Jarvis Landry recently, leaving him with a neck injury. According to Williams’ father, the defensive back may consider retirement in the offseason since this is his second neck injury in the last two seasons.

Williams, 26, has been a starter for the majority of his career in Buffalo, posting seven interceptions and 183 tackles through 59 games. Having agreed to an extension in 2014, Williams is signed through the 2018 campaign, with cap hits north of $6MM in each of the next two seasons. Buffalo can use options like Robert Blanton, Duke Williams, and Jonathan Meeks to fill in at safety, so they won’t necessarily have to add a defensive back this week.