Last year, Jason Pierre-Paul found that teams were “hesitant” to offer him a long-term deal and he wound up re-signing with the Giants on a one-year pact. Now that he has delivered for two consecutive seasons since damaging his hand in the infamous fireworks accident, the defensive end is not willing to accept another prove-it deal. 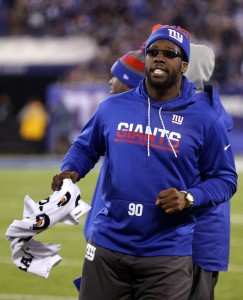 “I’ve done proved it … There’s not a guy like me doing it with seven-and-a-half fingers,” Pierre-Paul said (Twitter link via Mike Garafolo of NFL.com).

It’s hard to argue. On the year, JPP ranked as Pro Football Focus’ No. 12 edge defender, placing him just ahead of the Seahawks’ Michael Bennett, high-priced teammate Olivier Vernon, and a host of other big name players. JPP’s overall score of 86.2 is his best showing since 2012 and it’s clear that he is just as menacing now as he was back when he had all ten digits. This year, JPP had 53 total tackles and seven sacks in just 12 games.

JPP, unfortunately, suffered a groin injury late in the season and was forced to go under the knife in December. The Giants got smoked by the Packers on Sunday, but the veteran says that he would have been able to play had the Giants advanced to the next round (Twitter link).

Pierre-Paul was listed in the honorable mention section of our latest Free Agent Power Rankings. If, as expected, a few players in the top ten re-sign with their respective teams before the start of free agency, JPP is a good bet to make the top ten.

5 comments on “JPP: I Won’t Sign Another One-Year Deal”