The Steelers have cut cornerback Justin Gilbert, per a team announcement, thus ending a short tenure in Pittsburgh for the 25-year-old. 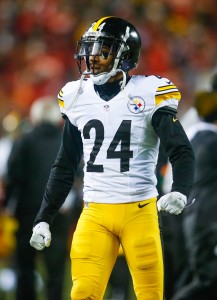 Gilbert joined the Steelers last September via trade with the AFC North rival Browns, who acquired a 2018 sixth-round selection in return. That came just two years after the Browns used the eighth overall pick in the draft on Gilbert, an ex-Oklahoma State star whose success in college hasn’t translated to the pros. Gilbert logged only three starts in two years with the Browns, and he didn’t pick up any in 12 appearances with the Steelers. All told, he played just 11 defensive snaps in Pittsburgh and made one tackle.