Washington wide receiver John Ross is expected to undergo surgery to fix an injured labrum following the combine later this month, according to Tony Pauline of DraftAnalyst.com. Ross will still participate in the combine (except for the bench press), and should be ready to roll when training camp begins this summer. 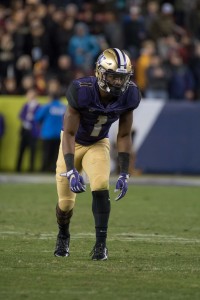 Ross is believed to have suffered his shoulder injury during a September contest against Stanford, per Pauline, but Ross’ agent said his client waited to have surgery until March so he could do drills at the combine in Indianapolis. Ross will also use the week after the combine to conduct private workouts for NFL clubs.

Ross, who is widely viewed as the draft’s third-best wideout behind Clemson’s Mike Williams and Western Michigan’s Corey Davis, posted 81 receptions for 1,150 yards and 17 touchdowns during his final season with the Huskies. He’s expected to be a first-round pick, and Daniel Jeremiah of NFL.com recently mocked Ross to the Titans at pick No. 18.

Meanwhile, Boise State running back Jeremy McNichols will undergo the same labrum procedure as Ross, and will also take part in the combine, reports Pauline. McNichols isn’t viewed as quite the prospect that is Ross (the Broncos RB grades as a third- or fourth-round pick, per CBSSports.com’s big board), but he did post more than 1,700 rushing yards and 23 touchdowns in 2016.