The Bears are expected to make a major push for free agent quarterback Mike Glennon when the legal tampering period opens on Tuesday, Ian Rapoport of NFL.com tweets. The interest is mutual, apparently, as Chicago is his preferred destination. 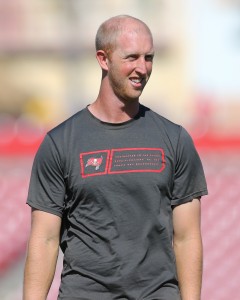 We currently have Glennon ranked as the top quarterback on this year’s market and our Top 50 Free Agents list (to be updated later on today) has the Bucs QB ranked 19th based on earning power. The 49ers have Glennon on their radar, but it doesn’t sound like they’re pursuing him quite as hard as the Bears right now. The Jets have also been linked to Glennon, but a report on Monday said word of their interest has been exaggerated. The buzz now is that Glennon’s next deal could see him make $14-$15MM annually, a price that’s probably too high for the Jets or incumbent Bucs to match.

For now, Glennon stands as the king of the QBs, but we could see guys like Tyrod Taylor, Tony Romo, and Jay Cutler added to the free agent mix in the coming days. Some teams may prefer one of those three vets over Glennon or, at minimum, prefer them from a value perspective. After the Brock Osweiler deal backfired on the Texans, teams may be cautious about committing major money to Glennon.

27 comments on “Bears To Make Major Push For Mike Glennon”