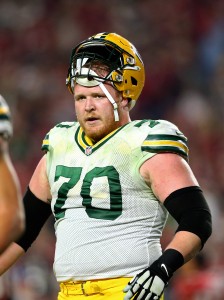 By adding Lang, the Lions have now completed a transformation on the right side of their offensive line. While Detroit lost both right tackle Riley Reiff (Vikings) and right guard Larry Warford (Saints) in free agency, the club has arguably upgraded at both spots by adding Lang and Ricky Wagner. The Lions’ front five — which ranked in the bottom half of the league in both adjusted line yards and adjusted sack rate in 2016 — now contains significant investments at multiple positions, including first-round picks at both tackle (Taylor Decker) and guard (Laken Tomlinson, who will likely act as a reserve).

Lang, 29, had spent the past eight seasons in Green Bay, having already agreed to one extension with the club back in 2012. A full-time starter since his third year in the league, Lang appeared in 119 games (94 starts) during his Packers tenure. In 2016, Lang graded as the No. 8 guard in the NFL, according to Pro Football Focus.

Green Bay’s offensive line takes another hit with the defection of Lang to an NFC North rival, as the club already lost top reserve J.C. Tretter to the Browns earlier this week. Fellow All Pro guard Josh Sitton, meanwhile, was released prior to last season and, like Lang, is still playing in the division with the Bears. With Lang gone, 2016 second-round pick Jason Spriggs appears to be the favorite to over right guard for the Packers.