The Patriots are pushing to re-sign safety Duron Harmon, and a deal is expected to come together, per Ian Rapoport of NFL.com (Twitter link). 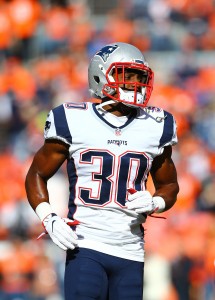 New England’s secondary is in flux, as the club has agreed to sign cornerback Stephon Gilmore away from the Bills and is reportedly considering a trade involving Malcolm Butler. Harmon would remain a constant in the defensive backfield if re-signed, however, as he’s appeared in 63 of a possible 64 game during his four-year run with the Patriots.

Harmon, 26, has never been a full-time starter in New England, instead serving as the team’s designated nickel safety. That’s an important role in today’s passing league, however, and the ability to cover the deep section of the field is a skill that could lead to a large paycheck. As such, PFR ranked Harmon as the No. 2 free agent safety and the No. 12 overall free agent.