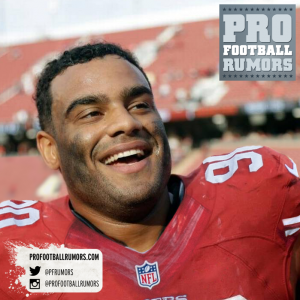 On Thursday, Lynch indicated his “concern” that talks with Thomas had not yet concluded, and while it hasn’t yet been officially reported as to what caused the holdup, offset language typically causes snags during negotiations with top picks. As Joel Corry of CBSSports.com noted earlier this week (Twitter link), San Francisco didn’t include offset language in 2013 first-rounder Eric Reid‘s rookie deal, meaning Reid could have collected both his 49ers salary and money from a new club had he been released. Thomas likely wanted the same concession in his contract, but the 49ers’ new regime may have wanted to start a fresh precedent in regards to rookie pacts.

The 49ers’ four-year deal with Thomas should be worth roughly $28.154MM and contain a signing bonus of ~$18.616MM, according to Over the Cap. The pact will also include a fifth-year option, affording San Francisco the opportunity to retain Thomas in 2021.