The Lions have traded guard Laken Tomlinson to the 49ers, according to Mike Garafolo and Ian Rapoport of NFL.com (on Twitter). Detroit will receive a 2019 fifth-round pick in the swap. 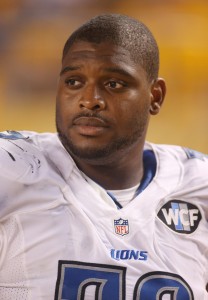 Tomlinson entered the 2016 campaign as the Lions’ starting left guard but eventually lost his job to rookie Graham Glasgow and only returned to the starting lineup when Glasgow was shifted to center to fill in for the injured Travis Swanson. The Lions were hoping that he would pick things up this summer, but he fell behind both Glasgow and Joe Dahl on the depth chart. Glasgow projects to start once again at left guard with free agent pickup T.J. Lang on the other side.

The Niners, meanwhile, have been on the lookout for guard help and Tomlinson might have a chance to start in Week 1. The right guard spot is up for grabs while left guard Joshua Garnett is likely to be sidelined for the start of the year.

Tomlinson, 25, appeared in all 16 regular games for the Lions in each of his two NFL seasons. In both years, he had atrocious scores from Pro Football Focus. Last year, Tomlinson’s 43.9 mark slotted him as one of the ten worst qualified guards in the entire NFL.

Between this trade and the Cameron Erving swap, we have seen two former first round offensive lineman traded for fifth-round picks in the same week. In total, we have seen a dozen trades go down in the month of August.