9:02pm: It appears Ware really is done for good. He wouldn’t seriously consider coming out of retirement, according to Jon Machota of the Dallas Morning News.

5:13pm: Pass rusher DeMarcus Ware revealed in April that the Cowboys were among those who tried to sign him before he retired in March, but it was unclear whether he came close to inking a deal with anyone. It turns out the nine-time Pro Bowler very nearly returned to Dallas, where he played from 2005-13 and amassed a franchise-record 117 sacks. 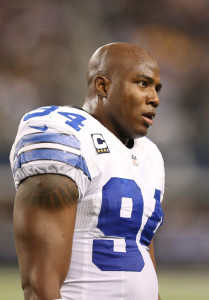 “I was one day away from coming back and signing with the Dallas Cowboys,” Ware told Todd Archer of ESPN.com. “But my body just told me it’s time. It’s time to stop playing. Still have the drive to get out there and the want to play, but you’ve got to think about family, think about what’s important and I just decided it’s time to hang up the cleats and put on a suit.”

Only one regular-season game into his retirement, the 35-year-old Ware suggested that he’d at least listen if Dallas were to make him another offer.

While the Cowboys’ defense was a major question mark entering the season, the unit was outstanding during a 19-3 win over the Odell Beckham-less Giants in Week 1. Regardless of whether that was a sign of what’s to come from Dallas’ defense, it’s possible the team has enough pass rushers with Demarcus Lawrence, Benson Mayowa, Taco Charlton, Tyrone Crawford, David Irving (who’s serving a four-game suspension), Charles Tapper and Damontre Moore (one game left on a two-game ban) on hand. Still, only two of those players (Mayowa and Crawford) had more sacks last year than Ware, who picked up four during a 10-game slate with the Broncos.

Injuries dogged Ware over his final two years in Denver, limiting him to 21 of a possible 32 games, but he still managed 11.5 sacks during that span and 21.5 in his three seasons with the club. He’s now eighth all-time in sacks (138.5) and would likely climb at least a couple more spots on the list with a 2017 return. It’s unclear, however, whether the Dallas icon would actually come back if the potential Super Bowl contenders were to court him again. For now, he and former teammate and fellow retiree Tony Romo may be potential emergency options for the Cowboys.