The 49ers claimed defensive lineman Sheldon Day off waivers from the Jaguars, the team announced on Monday. 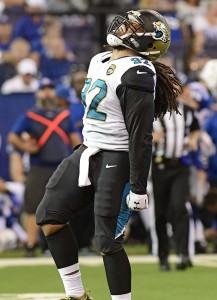 Day was waived on Saturday when the Jaguars activated rookie Dede Westbrook. A fourth-round selection in 2016 coming out of Notre Dame, Day has appeared in 22 games, logging 11 tackles, two sacks and one pass defensed. With the move, the second-year defender will be reunited with San Francisco defensive coordinator Robert Saleh, who spent three seasons in Jacksonville as a linebackers coach before heading west.

A Second Team All-American at Notre Dame, Day posted 15.5 tackles for loss as a senior in 2015, the most by a Fighting Irish player since Derek Landri in 2006.

One comment on “49ers Claim Sheldon Day From Jaguars”