The Browns aren’t totally cleaning house. At least, not yet. For the time being, Chief Strategy Officer Paul DePodesta and Vice President of Player Personnel Andrew Berry will keep their jobs, Mary Kay Cabot of The Plain Dealer hears. 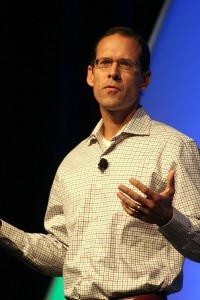 DePodesta was brought on in 2016 to help spearhead the Browns’ analytical efforts. His hiring was one of the more unconventional moves in recent NFL history since he had no previous experience in the sport.

So far, the numbers crunching of the former A’s exec and Dodgers GM hasn’t improved the Browns’ on-field product, but the team has amassed an impressive amount of draft capital under his guidance. And, of the team’s 24 picks made in the last two years, 20 remain on the roster. To some extent, the team’s strategy of multiplying draft picks has been a success, and DePodesta has played a role in that.

Meanwhile, the search for Sashi Brown‘s replacement is already underway. The Browns are said to be eyeing former Chiefs GM John Dorsey and he may be the frontrunner for the job.