Doug Whaley could be a candidate for the Packers’ GM vacancy. Whaley is “expected to draw interest” from Green Bay, according to Ian Rapoport of NFL.com (Twitter link). 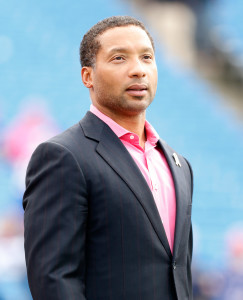 Whaley was fired by the Bills less than 24 hours after the conclusion of the 2017 draft. The timing of the move puzzled many in the football world, but it was not an overall shock to see the Bills move on from him. During his time at the helm, the Bills’ best record was 9-7 and they did not qualify for the playoffs in any of his four seasons. He also made some big blunders, like the team’s trade to land Sammy Watkins in the 2014 draft and the onerous contract given to Marcell Dareus.

Still, it seems as though Whaley is receiving some credit for his role in the Bills’ current success. Although coach Sean McDermott and longtime ally Brandon Beane are running the show, the roster has Whaley’s fingerprints all over it. This year, the Bills ended their 17-year playoff drought and they could make some noise if they can get past the Jaguars in the Wild Card round.

In December, the Browns interviewed Whaley for their GM post before giving the job to John Dorsey. Many speculated that the interview was a sham and done only to satisfy the Rooney Rule.

13 comments on “Packers Interested In Doug Whaley As GM?”