Ted Thompson Out As Packers GM

The Packers are now searching for a new general manager after Ted Thompson is expected to take a new role in the organization, sources tell NFL.com’s Ian Rapoport (Twitter link). 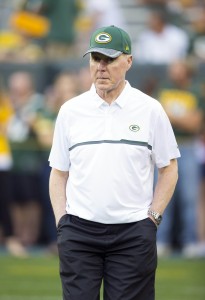 ESPN’s Chris Mortensen confirmed Thompson will assume a new role within the team and the front office will undergo an overhaul, led by team president Mark Murphy (Twitter link).

Thompson has operated as the team’s general manager since 2005 and has been with the team through two stints since 1992. In his first NFL Draft, Thompson selected Aaron Rodgers with the 24th overall pick. Green Bay has been among the best teams in the draft since Thompson’s arrival, plucking stars like Clay Matthews and Jordy Nelson.

Under Thompson’s watch, the team advanced to the playoffs nine times and won the Super Bowl in 2010. The Packers missed the postseason for the first time since 2008 when it finished 7-9 in 2017.

There are several internal candidates to keep an eye on to take over as general manager, including director of college scouting Brian Gutekunst, director of football operations Eliot Wolf and vice president of football administration/player finance Russ Ball, Rapoport reports (Twitter link). Mortensen reported all three are expected to receive new duties with the change. (Twitter link). The team is expected hire a true general manager and will not operate with all three in the position, ESPN’s Jason Wilde reports (Twitter link).

17 comments on “Ted Thompson Out As Packers GM”